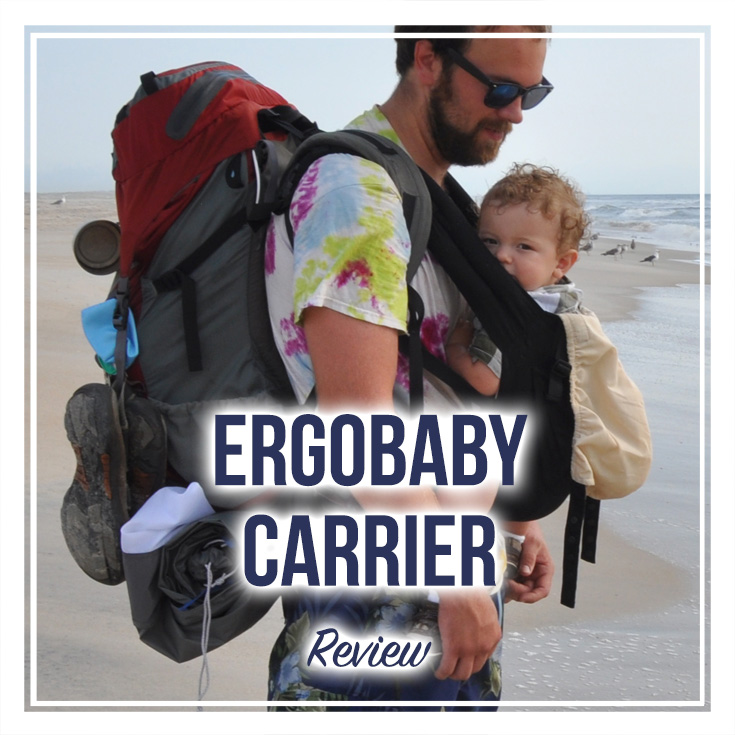 I received my Ergobaby carrier as a shower gift. I don’t have any other carrier or wrap experience to compare it to, but it works great for me!

I purchased the infant insert to use while Little Roamer was small, but ended up not using it. I don’t know if it’s because he was never really very small or that he was such a squirmy baby or I just couldn’t figure it out, but it didn’t work out for us. So, I didn’t really use the Ergo until he had great head control, and then I just went without the insert.

Using the carrier took some practice. I watched a couple how-to Ergo videos and attempted it myself. LR was not happy to be put in something at first, but once he was on me and we were walking around, he’d calm down and fall asleep. Each time was a little better – I’d get him in faster and he’d be less upset about it. Eventually, he didn’t care at all. In fact, now if he sees it draped over the back of the couch, he points to it and wants in.

I used my Ergobaby carrier when I wanted some fresh air and we’d walk around the yard or walk the dog around the block. I loved that my hands were free, but I honestly couldn’t get much done around the house. Squatting down to load the dishwasher or empty the dryer was just awkward, and bending down wasn’t any better.

I’ve mostly just worn LR in a front position. I’ve hiked with him on front and a small day pack on my back, and both Matt and I have worn him in front with a full pack on our backs for a backpacking trip. He’s getting heavier now, but my main problem with front-wearing now is that he’s getting so tall that the top of his head is creeping up in front of my face, making it hard to see where I’m going, especially when hiking.

So, I began to wear him on my back. It is much harder to get into and out of this position by yourself, but it gets easier with practice.

Wearing your child as close to your body as in the Ergo gets pretty warm. This was great when he was small and the weather was cold, I’d actually wear a large fleece that could zip around both of us. But be prepared to be soaked with sweat if your baby-wearing any other time of year. And keep and eye on your baby so he doesn’t overheat.