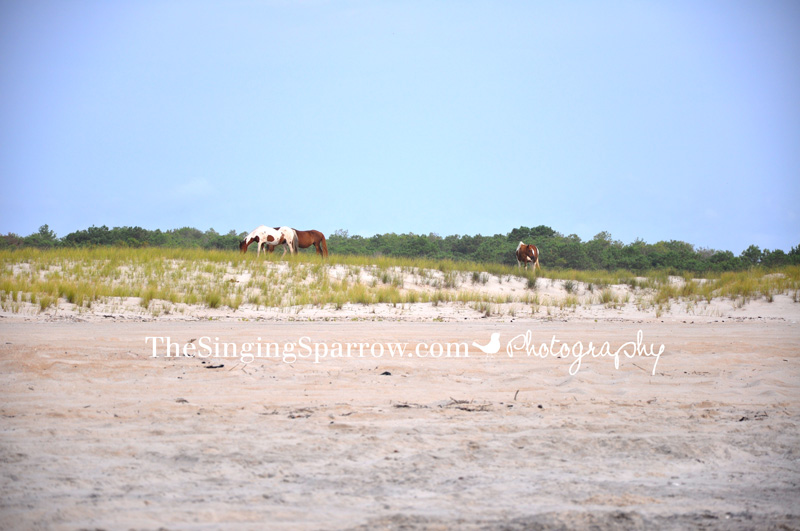 We’ve backpacked Assateague Island National Seashore three times now. Once just Matt and I, once with another couple, and now once with a little one. This is the first time we’ve gone during peak season. On the trip we had already realized that when traveling during peak season – we usually don’t – reservations are a must. So, we arrived at the ranger station nice and early to get our backcountry pass, then we parked the car and packed the backpacks.

We always stay in the same area. It’s a 4-mile hike down the beach. Let me tell you: in August, it’s rough. (See my list of Do’s and Don’ts of Backpacking with Little Roamers.) The sand is HOT, and the bugs are out. We trudged through the sand, stopping frequently to give Matt’s back a break since he was carrying the extra Little Roamer weight. Finally, we arrived at the camp site, and after pitching the tent and having lunch, we all took a nap. It was too hot to do anything else. 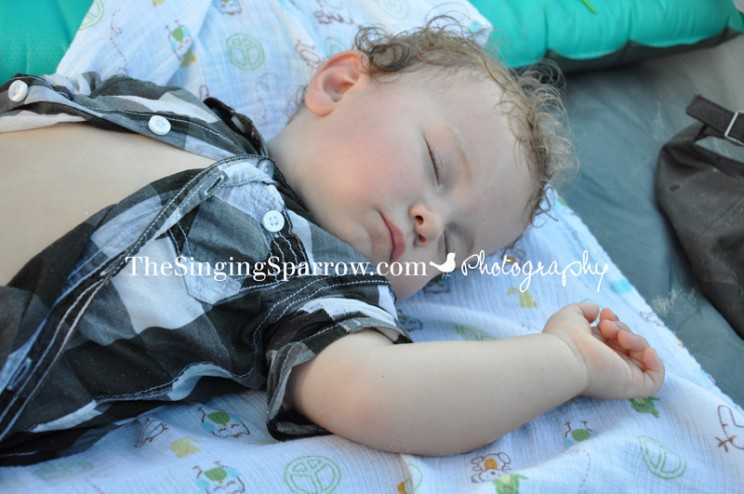 As the day went on, the air began to cool and the bugs disappeared. We walked down to the shore for Ian’s first experience in the ocean. He love it. Right up to the point that the water came in and washed over his feet. Then, not so much.

We sat him down in the cool sand, just above the tide, and he watched his daddy splash in the waves and be silly. He discovered that he loved the sand. He found a small spatula, presumably left by some other small child, and proceeded to dig and fling it all around.

Those moments made the struggles and discomfort of the day worth it.

The next day, despite starting our hike back to the car in the cool morning hours, we were hot and exhausted by the end. We were stopped frequently along the beach by fishermen who wanted to say hello and beach combers who had questions about our hike and our adventures with LR. 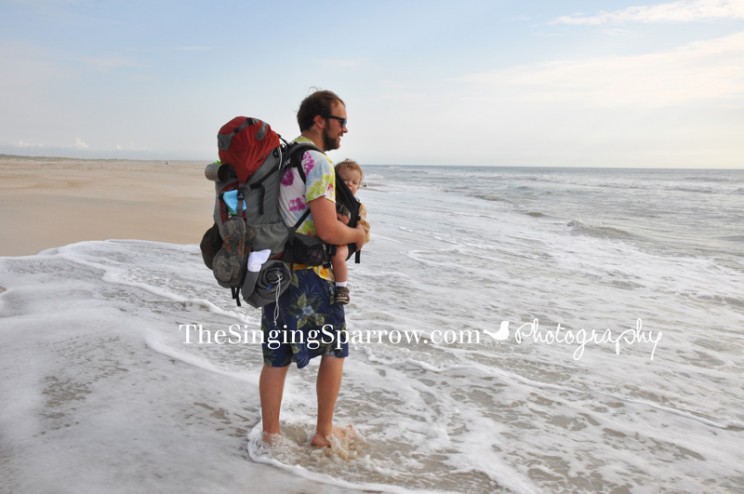 We made it to the car in time for lunch. LR and I ate ours on the beach while Matt, who had his kayak on the car for a festival planned into our trip, decided to dip his paddle in the ocean. 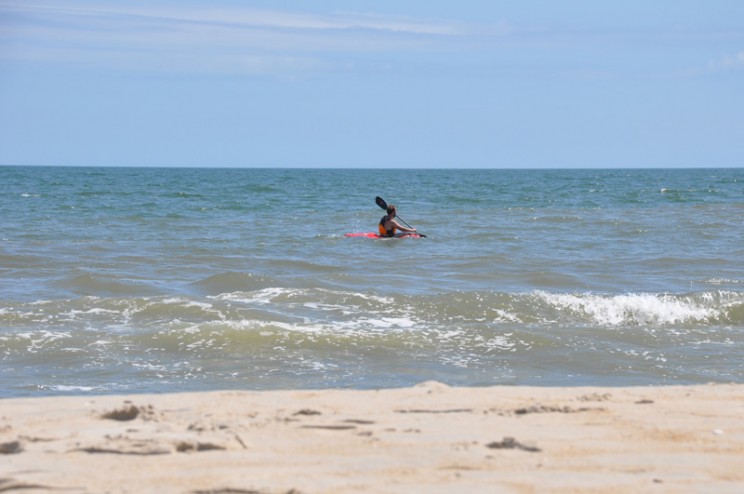 Little Roamer, who was still crawling at the time, was covered in sand and salt and dirt, so we decided that night would be our hotel night. We all needed a break from the heat, the bugs and the sand, and the weather for the evening was looking rather wet. Tomorrow we’ll start the journey west. 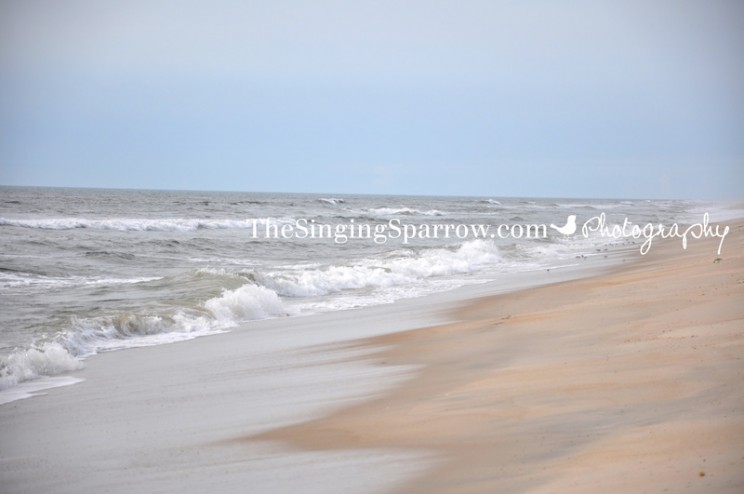